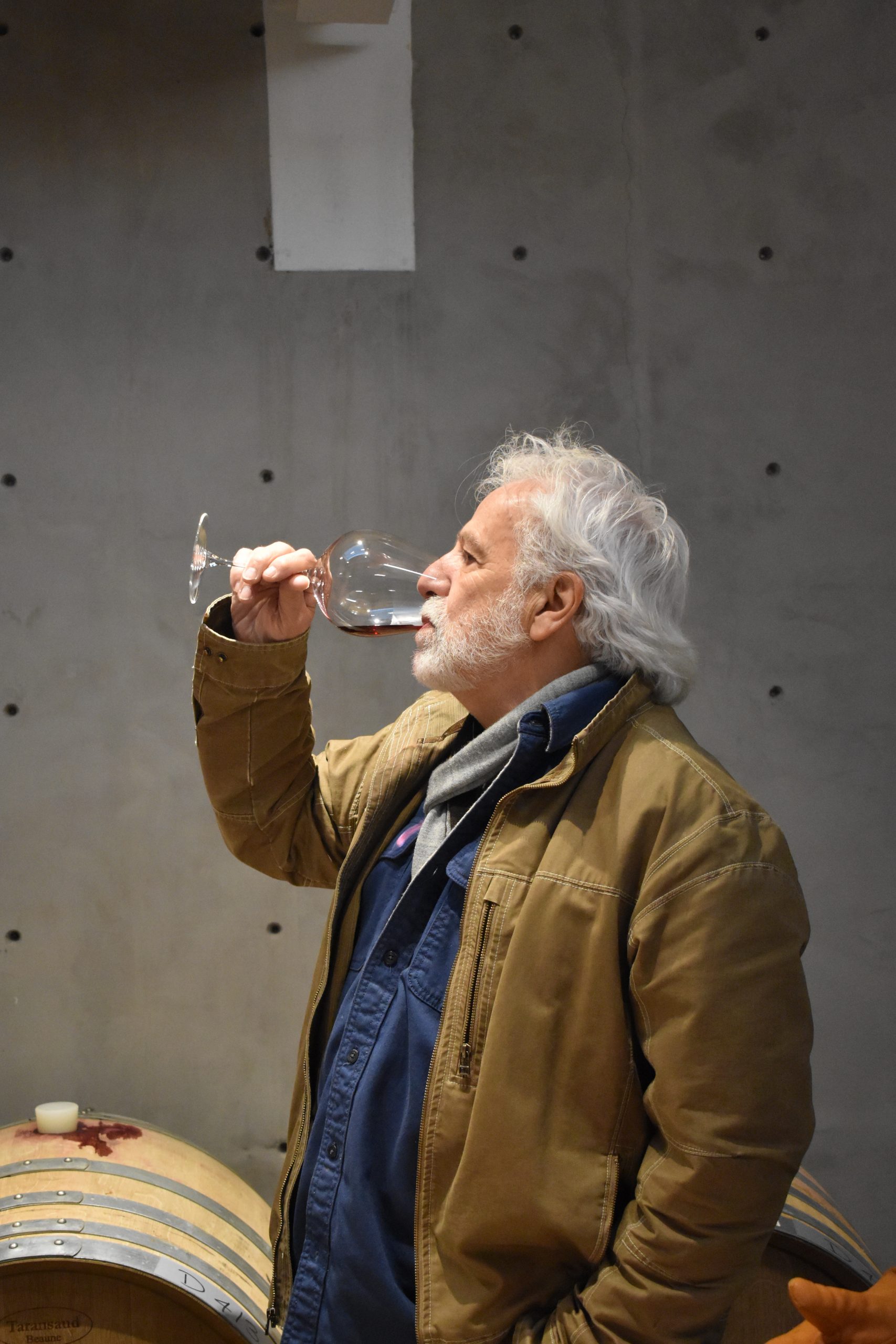 Proprietor Giorgio Furioso was born in 1948 in the town of Tagliacozzo, Italy, high in the mountains an hour east of Rome. As a young man, he immigrated to the United States with his family via Montreal, Canada. Giorgio’s first love was art – he began collecting at the age of eighteen, and eventually found popular and critical success as an artist and professor of art – achieving tenure at 28 and running the Art Department at Ohio University at the age of 30. His works have been procured by private collectors, corporations, and museums.

Growing up, Giorgio watched his father and grandfather, both named Vincenzo, make wine in the basement for friends and family. This led to a lifelong dream of one day owning a vineyard and making wine. That dream has now been realized.

On the road to achieving this dream, Giorgio has branched out from art, but art has always found a way into his personal and professional lives. In New York City and now Washington, DC, Giorgio has followed his passions for art and family in the world of residential and commercial real estate – creating buildings where artists can live and work, and others where art becomes an integral part of a building and living space – rather than an afterthought.

These days, Giorgio also operates Terzo Piano, an art gallery and bookshop in DC’s Logan Circle neighborhood. Created in effect to preserve a platform for the city’s artistic voices, in the face of high real estate prices pushing many art galleries out of the area. Dedicated to showcasing the work of both major and under-recognized artists, Terzo Piano employs guest curators to ensure that it discovers and presents a dynamic array of talents and visions. 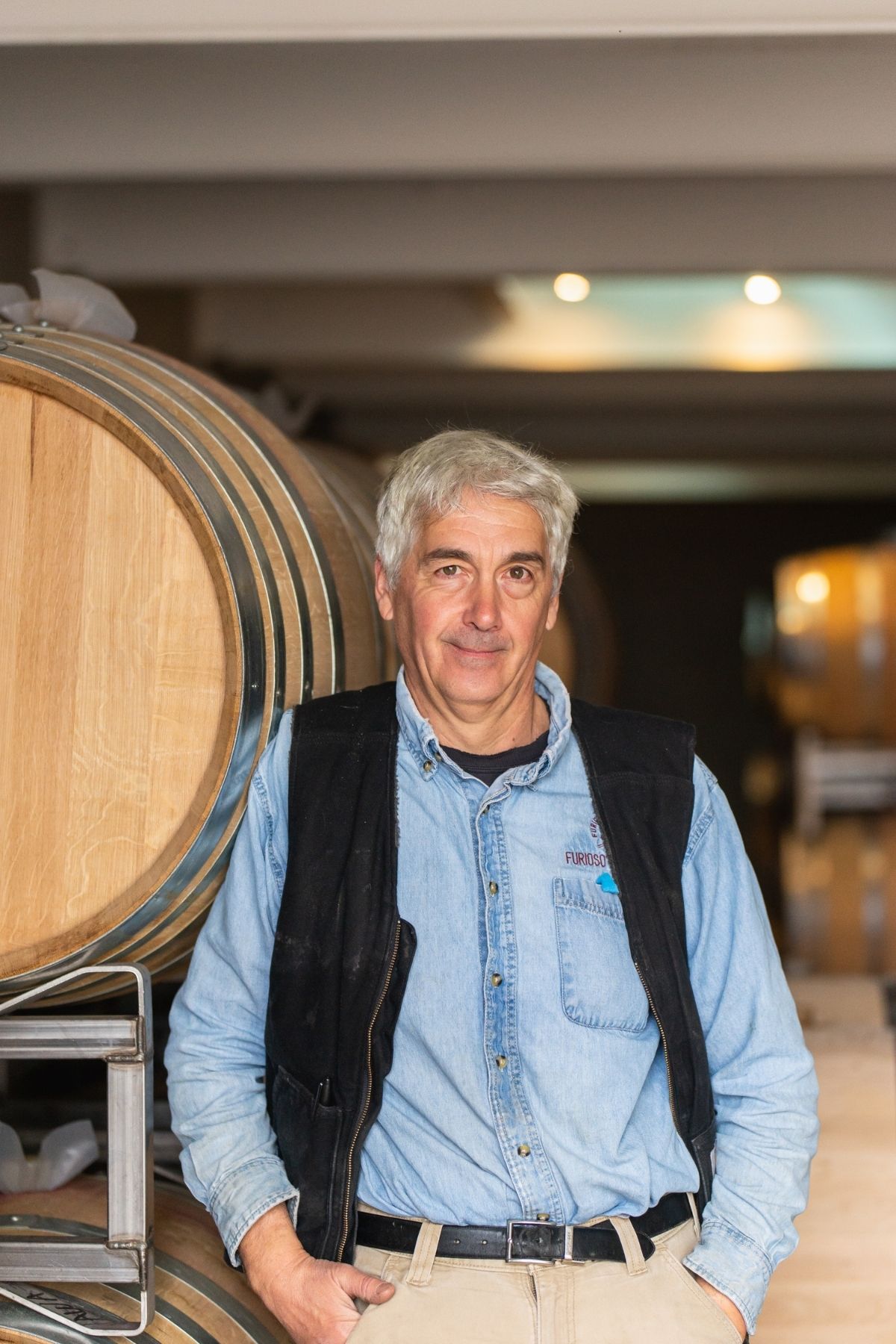 Winemaker Dominique Mahé has his roots back in Brittany (France) but, through different careers, spent most of his adult life circling the globe. He stumbled into wine when he moved to Australia in the mid-1990’s. With an engineering background, he studied Wine Science at Charles Sturt University in New South Wales. He enjoyed the flying winemaker life for a few years before getting his first taste of an American vintage in Idaho in 1999. What was supposed to be a two-month gig turned into a full time job there.

In 2002, he came over to Oregon as a member of the harvest crew for Rex Hill Vineyard. That vintage opened his eyes on the amazing potential of Pinot Noir in this (at the time) underrated part of the world. As importantly, Dominique felt a strong spiritual connection with the Northwest, the land, and its people.

After 13 years of growing new roots in the Willamette Valley, Dominique is as excited making wine as he was when he first discovered Oregon. As the seed from which Furioso Vineyards will grow, Dominique looks forward to this tremendous opportunity and exciting challenge. Direct to Consumer & Hospitality Manager Jim Maguire is a San Francisco native who spent much of his youth growing up on Navy bases across the United States. A varsity swimmer and water polo player at Bellarmine College Prep in San Jose, California, he went on to graduate from the US Naval Academy and serve as a commissioned naval officer during the first Gulf War. After leaving active service, he survived a decade-plus stint in Oregon’s Silicon Forest in the high-tech sector before following his passion – fermentation and hospitality. He has worked at Raptor Ridge Winery, Saké One Brewery, and Hawkins Cellars for five years as Tasting Room and General Manager.

Jim joined the Furioso Famiglia in March of 2017 as employee Number Two. He oversees all of Furioso’s efforts in direct to consumer, hospitality, wine club, special events, and distribution sales.

When not on property, Jim enjoys camping and showshoeing in Oregon’s amazing wilderness areas, as well as traveling internationally with his husband of almost 30 years. 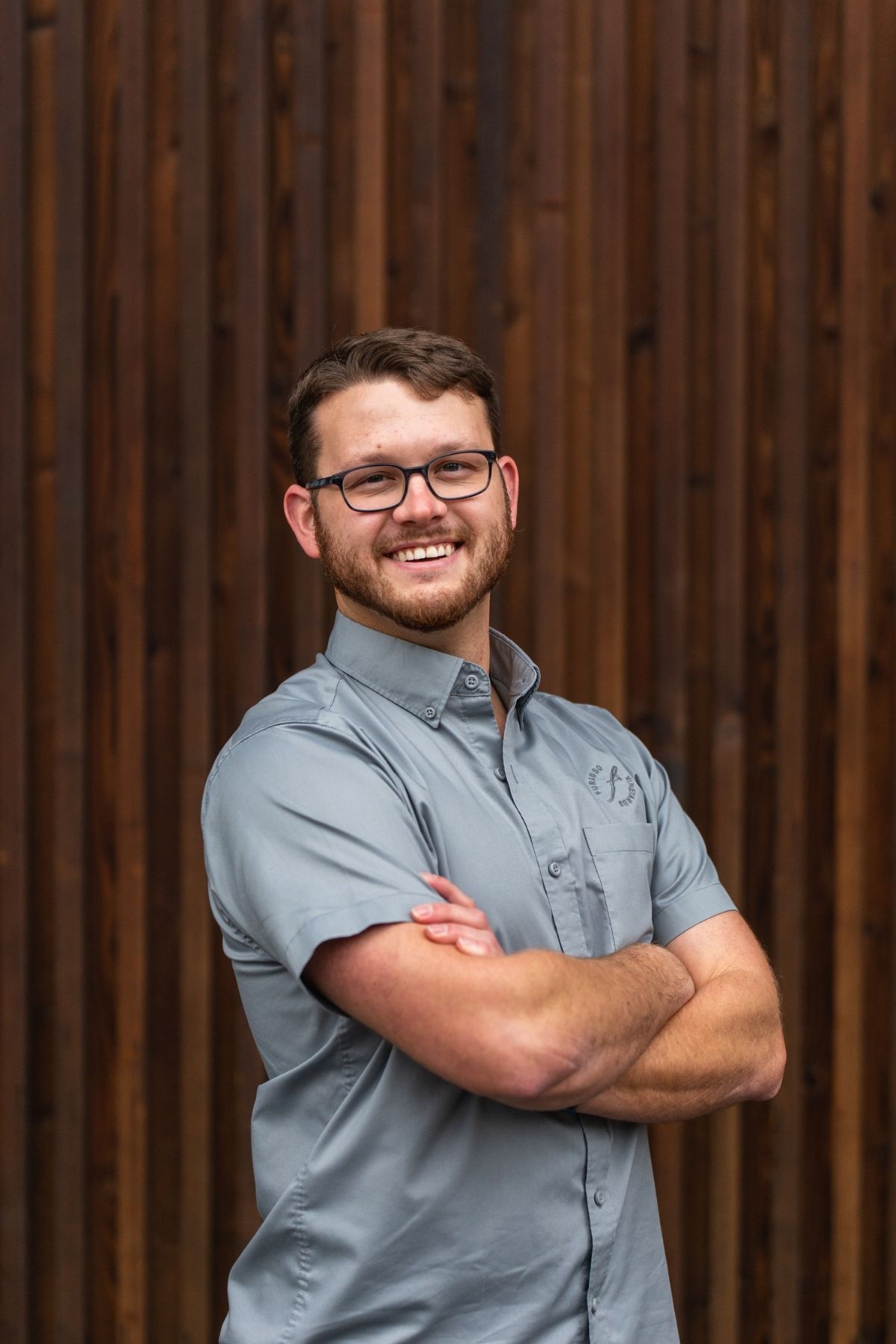 Assistant Tasting Room Manager Drew Hildebrandt is an Oregon native who was raised in Virginia. Returning to his roots in Oregon after graduating from Virginia Tech, he has embraced the Willamette Valley wine industry with open arms. When not in the tasting room, Drew enjoys spending time with his partner, Shelby, and their two Great Weimeraners. 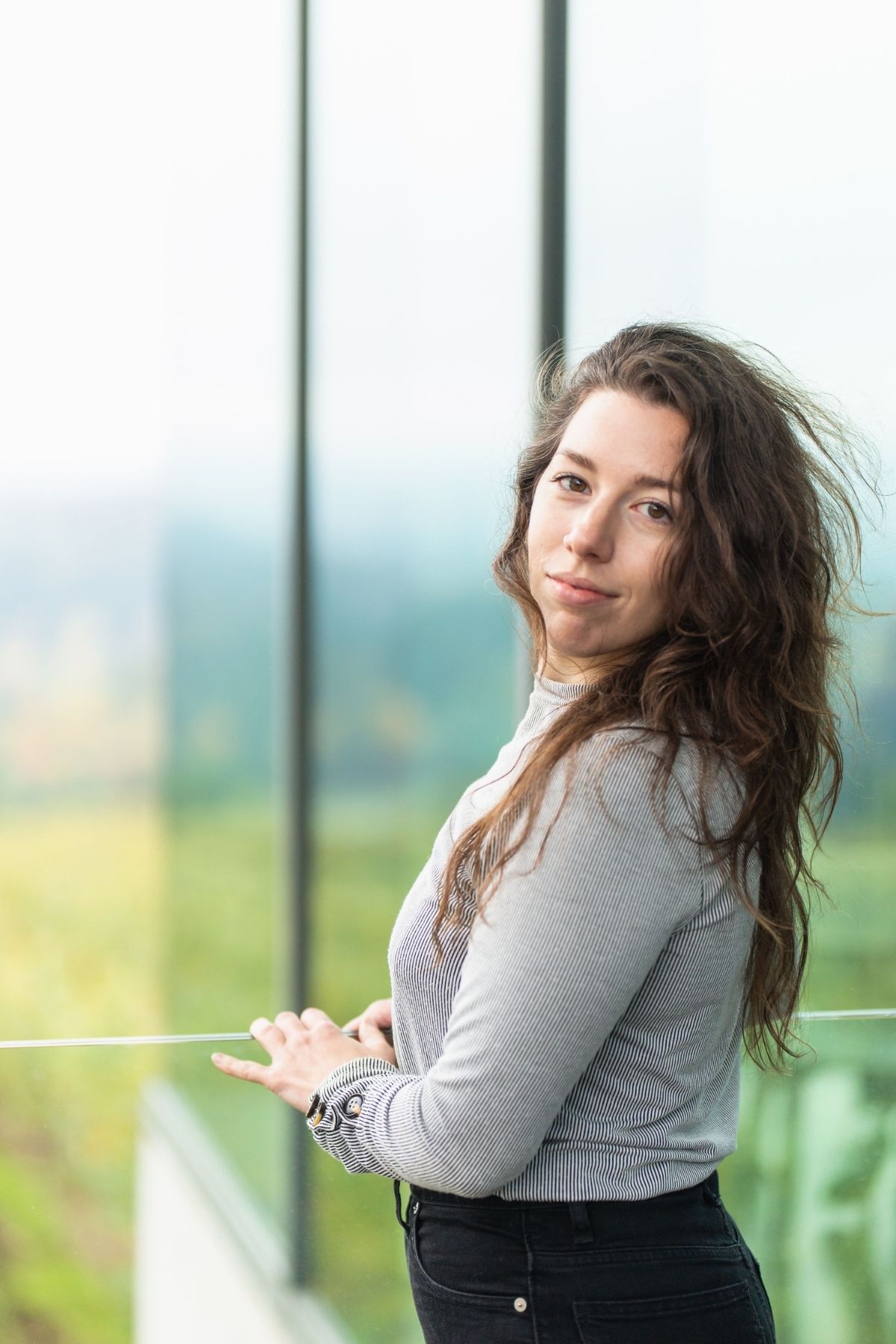 Marketing and Sales Administrator  Melanie Kinchen is a Seattle native who landed in the Willamette Valley after studying enology and viticulture in Walla Walla. She loves the Pacific Northwest, and outside of work you can find her hiking, enjoying the many local bodies of water, or cooking for friends and family. 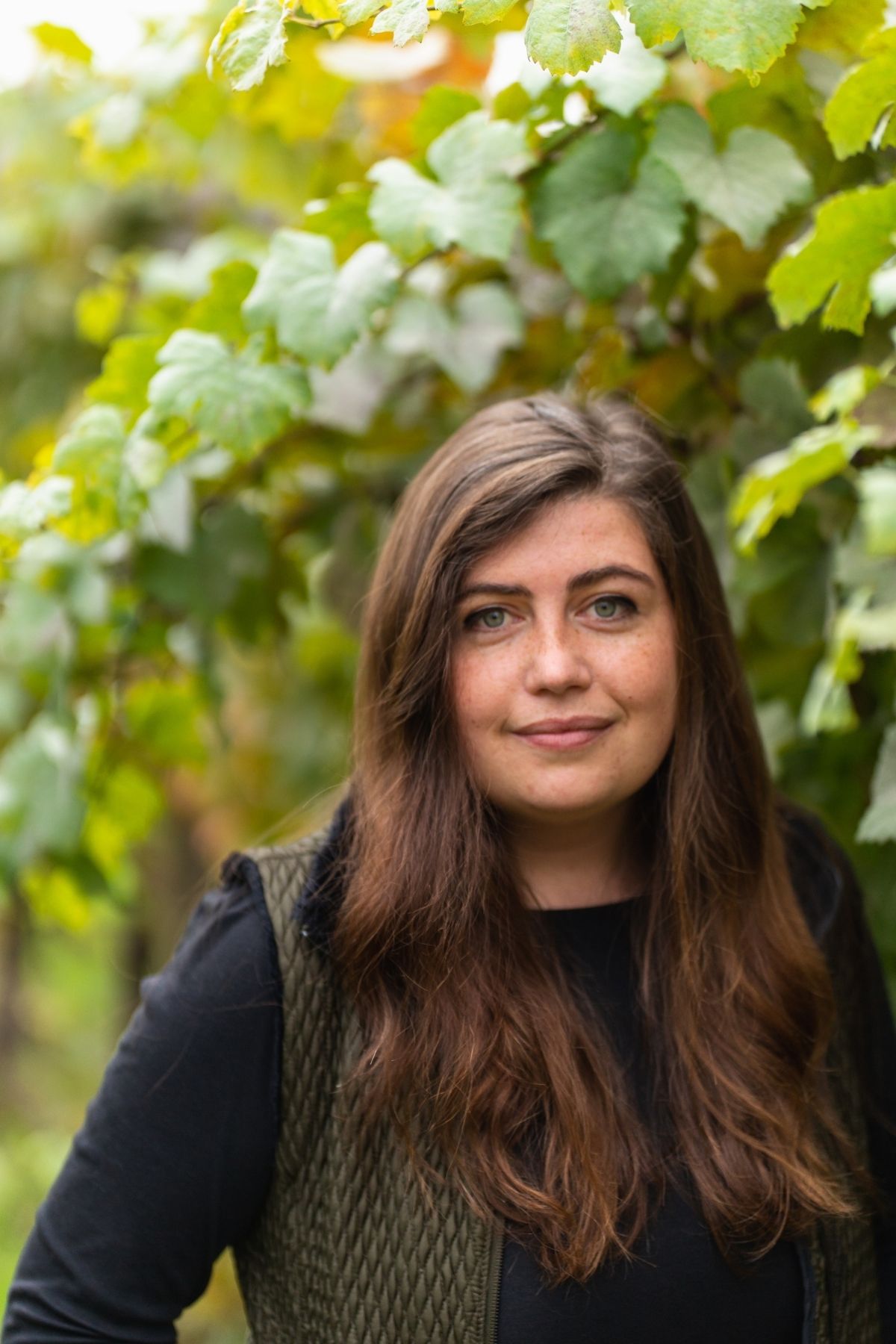 Viticulturist and Horticulturist Shea Guevara was raised in Southern California and landed in the Willamette Valley after receiving her degree in biochem. A self proclaimed “outside girl”, Shea enjoys foraging, tending to her garden and house plants, and playing with her Aussie dog, Hass. 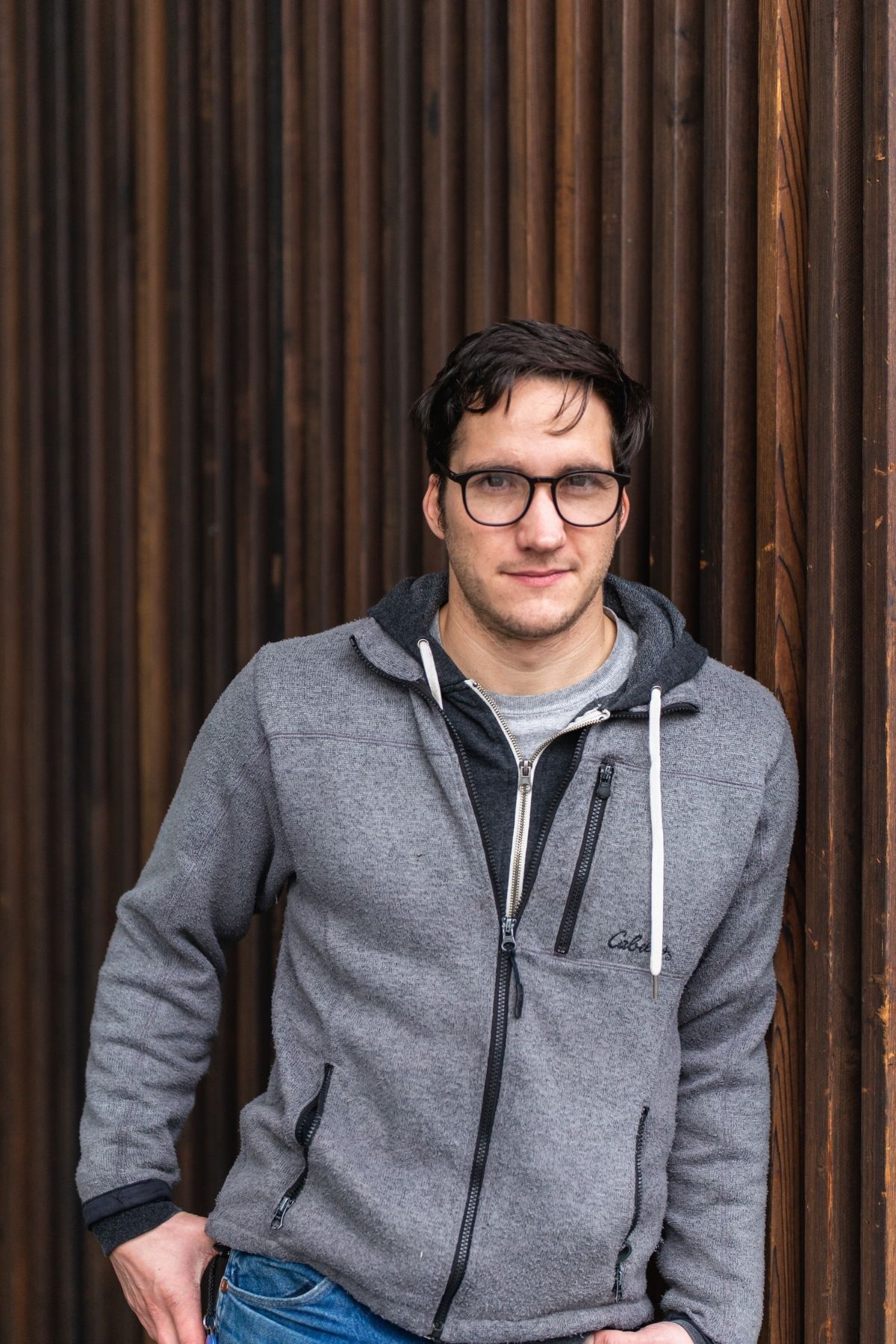 Cellar Master Alex Lindblom is a Willamette Valley native who worked his first harvest in Napa, and has been in cellars across California and Oregon ever since. 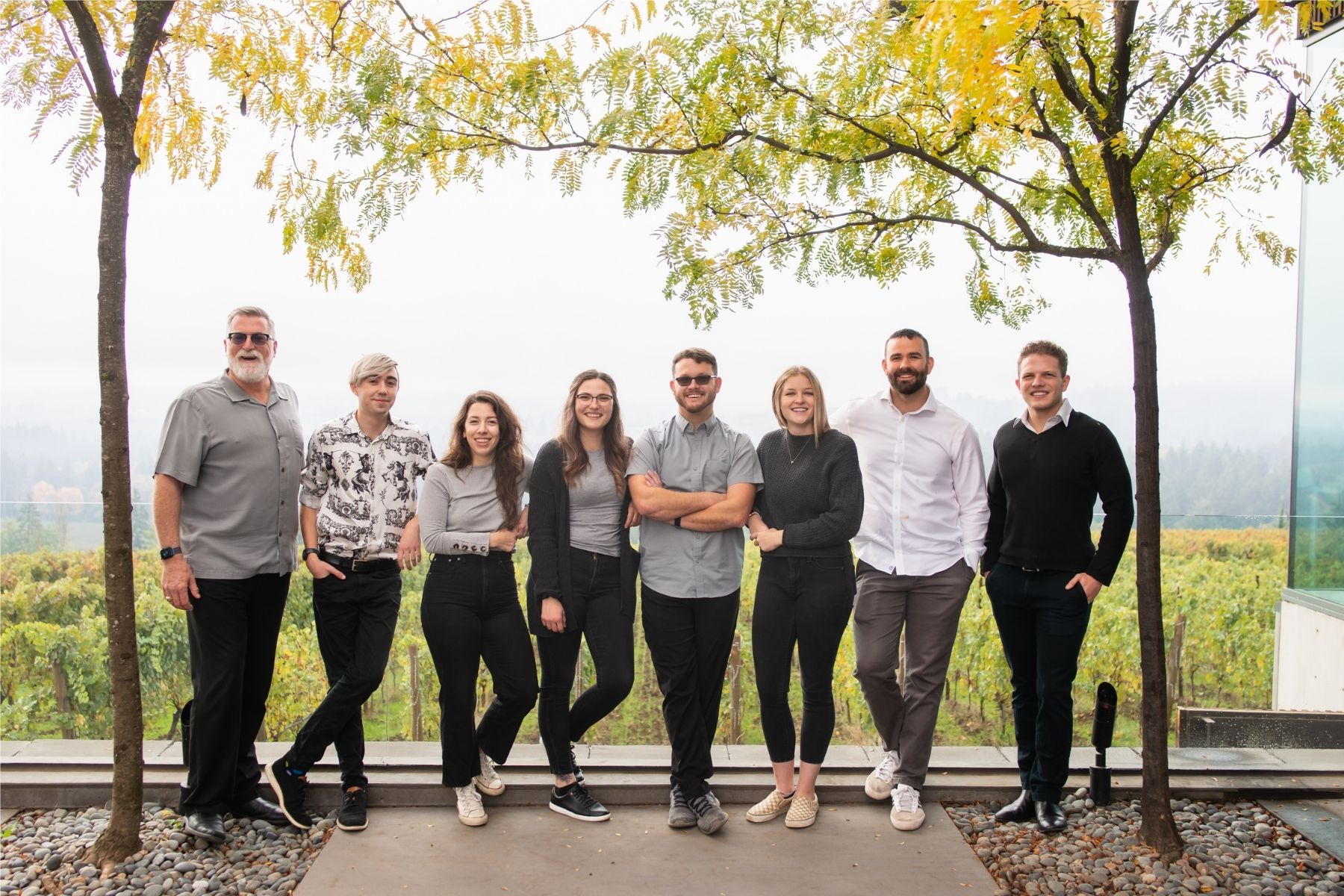 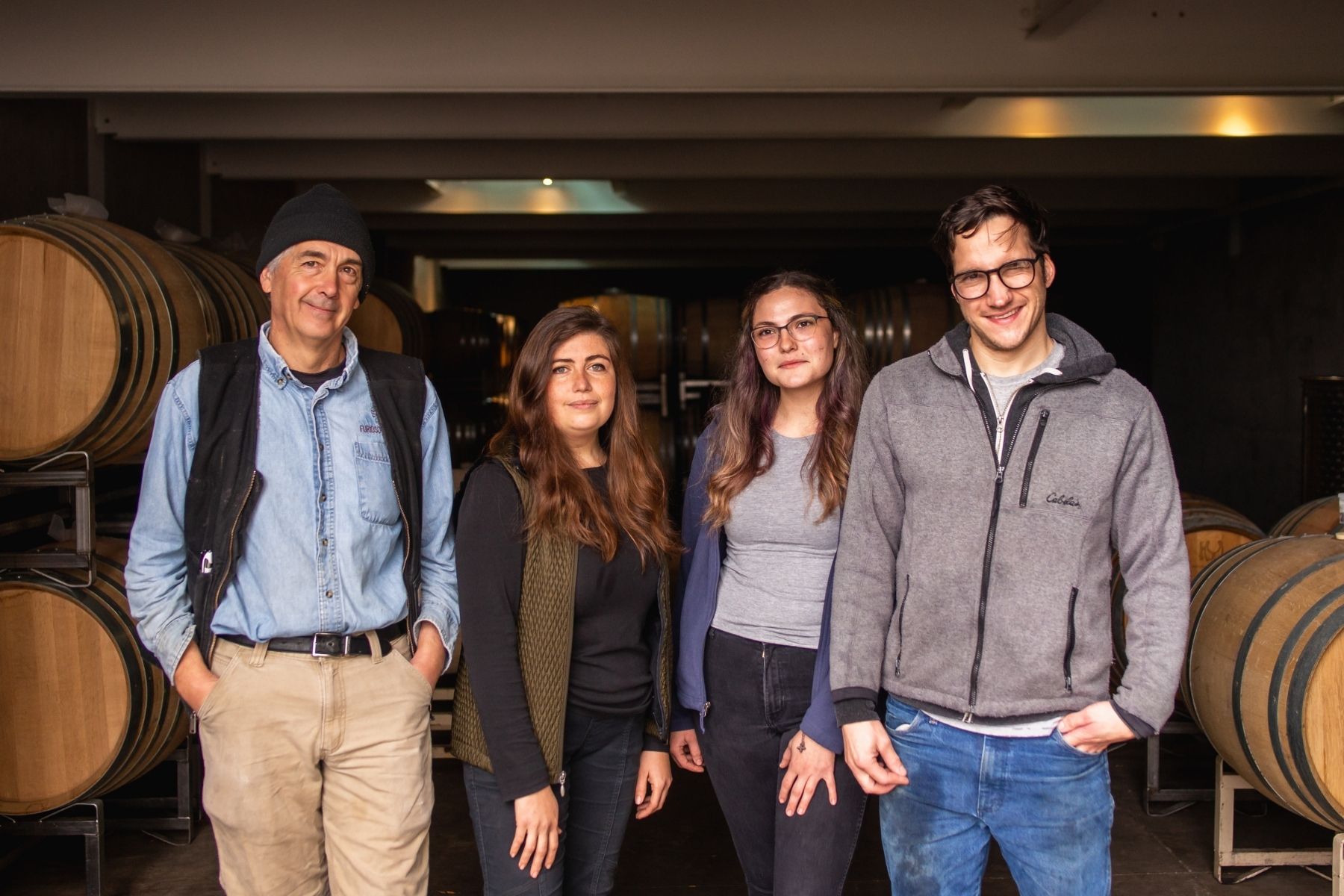